Winners of the WTS Competitions

Our most sincere Congratulations to all!

The WTS Competitions were sponsored by Academy and Conn-Selmer

All Finalists are winners of the Music Entrepreneurship Panel, organized by the Orchestra of the Americas, on June 30th at 12pm (EST).

All Finalists of the Performance Competitions will have a Zoom talk with the judges of their competitions.

The Value of this prize includes a $10,000 full tuition scholarship subsidy to participate during the 2022 OAcademy, a 6 month intensive program with weekly individual lesson and masterclasses, orchestra and business training, curated by top institutions from the The Royal Concertgebouw to Curtis Institute of Music. "OAcademy is an innovative orchestral training platform that combines professional caliber artistic instruction with cultural exchange & leadership development." (prize and participation subject to terms and conditions)

A top of the line - trumpet by the Conn-Selmer Company (Vincent Bach).

The Recording Prize Winner will perform the world premier recording of one of two original compositions of his choice, “ Bobby Mc Bb “ or “Lines of Bobby  - composed for WTS by Denys Bouliane (Canada

The First Prize winner receives $1000 from the WTS.

Second and Third Prizes were not awarded.

Undergraduate Division:
The First Prize winner receives a top of the line - trumpet by the Conn-Selmer Company (Vincent Bach).

Graduate Division:
The First Prize winner Aleksander Kobus is the winner of the WTS Grand Prize.

Undergraduate Division:
The First Prize winner receives a top of the line - trumpet by the Conn-Selmer Company (Vincent Bach).

Graduate Division:
The First Prize winner Aleksander Kobus is the winner of the WTS Grand Prize.

The MEC First Prize Winner receives $2000 and exposure on the WTS website.

The MEC Third Prize has not been awarded.

Aleksander Kobus was born 1991 in Warsaw (Poland). He won Special Prize in ARD trumpet Competition in München in 2018 and 2nd Prize at JEJU Brass Competition 2019 in South Korea. Since 2017 principal trumpet player in NFM - Wrocław Philharmonics. In 2019 aquired PhD degree (trumpet class of prof. Igor Cecocho) in Karol Lipinski's Music Academy in Wrocław, where currently he is teaching trumpet. Aleksander was improving his solo and orchestral skills learning with many prominent trumpet players. He also participated in many musical courses and received scholarships. At present he studies in UdK Berlin under Prof. Gábor Tarkövi.

Brandon Choi is an improvising trumpet player. A recent transplant to New York City, he enjoys making music and sounds with the kindred spirits he's found there. Brandon is enjoying a burgeoning career as both a performer and composer, having had the distinct pleasure to make music with luminaries such as Miguel Zenon, Ingrid Jensen, Joe Martin, Jim McNeely, and Bill Holman. Brandon draws on his experience as an in-demand freelancing trumpeter all across Upstate and Western New York, as well as the rich experiences garnered at the Eastman School of Music, in his current and future endeavors. In 2019, Brandon placed first in the ITG Jazz Trumpet Competition. Brandon considers himself fortunate for every opportunity to connect, through sound, with all those around him. 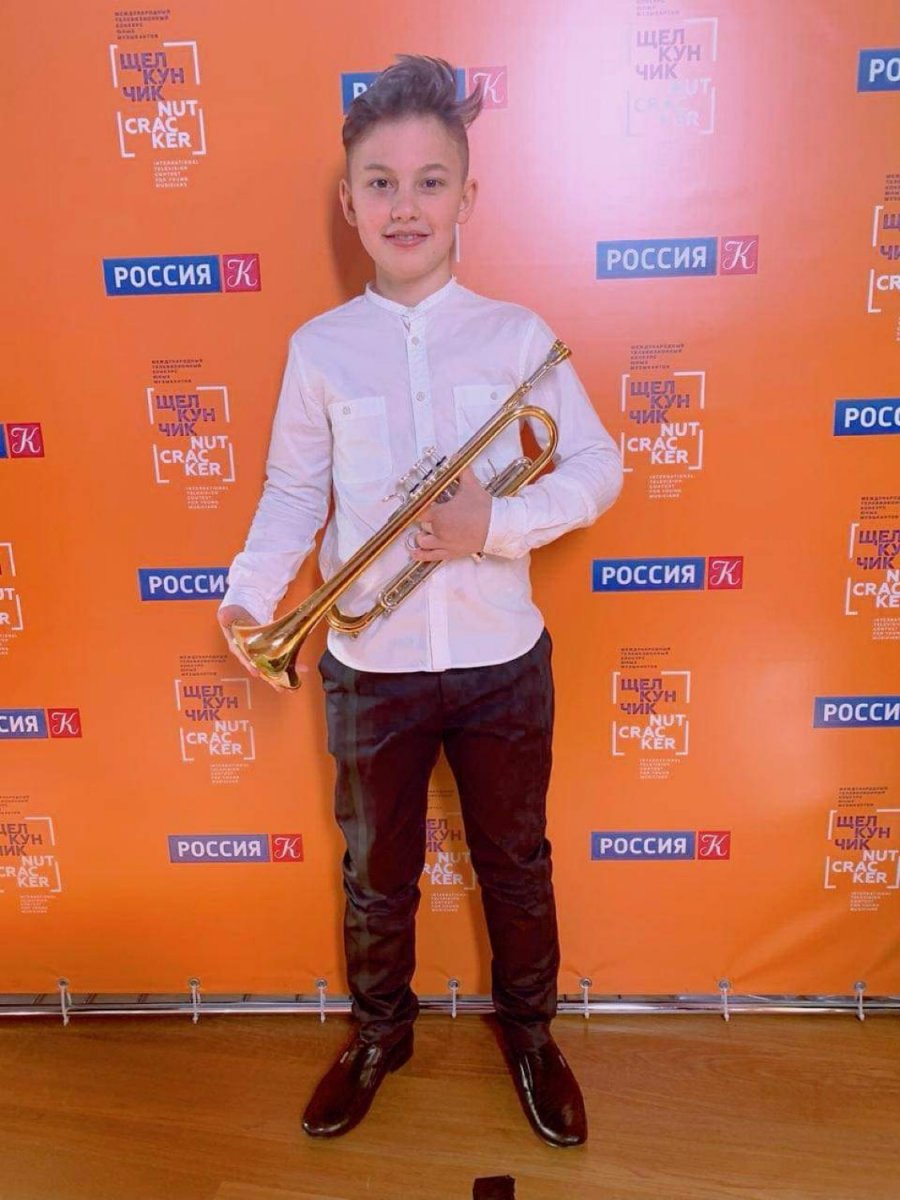 Matvey was born on September 26, 2007 in the city of Nefteyugansk in the Tyumen region. In 2008 he moved to Moscow. At the age of 5 after trial listening he was accepted to Gnesin Moscow special music school and later continued studies at the Central music school under Moscow state Conservatory named after P. I. Tchaikovsky, taught by Ivan Maloshtanov. He performed at school holiday celebration concerts as well as various music competitions, both at school and external. Thanks to participation in these events from an early age and the atmosphere of being among talented uninhibited people full of energy, he developed his performance approach – maximum effort to avoid performance anxiety, focusing on flowing sound. His repertoire includes works by Jean-Baptiste Arban, Henry Tomasi, Joseph Haydn, Franz Liszt, Sergei Vasilenko, Sergei Rachmaninoff and Alexandra Pakhmutova, while his style of performance is inspired by virtuosos such as Timofey Dokshitzer, Winton Marsalis and Sergey Nakaryakov. Matvey's hort-term plan is to participate in the XXI international television competition "the Nutcracker", and in the long term I plan to join one of the main musical events in the international music community – The Tchaikovsky competition.

His most memorable performance was Rudolf Gummert competition in Kazan in 2019. It was the first time he travelled alone to another city. This fact and the charm of the "Third capital of Russia" inspired him to make a performance which resulted in the Grand Prix award. Practicing a lot doesn’t leave much free time for his other passion – sports, like football, ice skating, hockey and snowboarding. 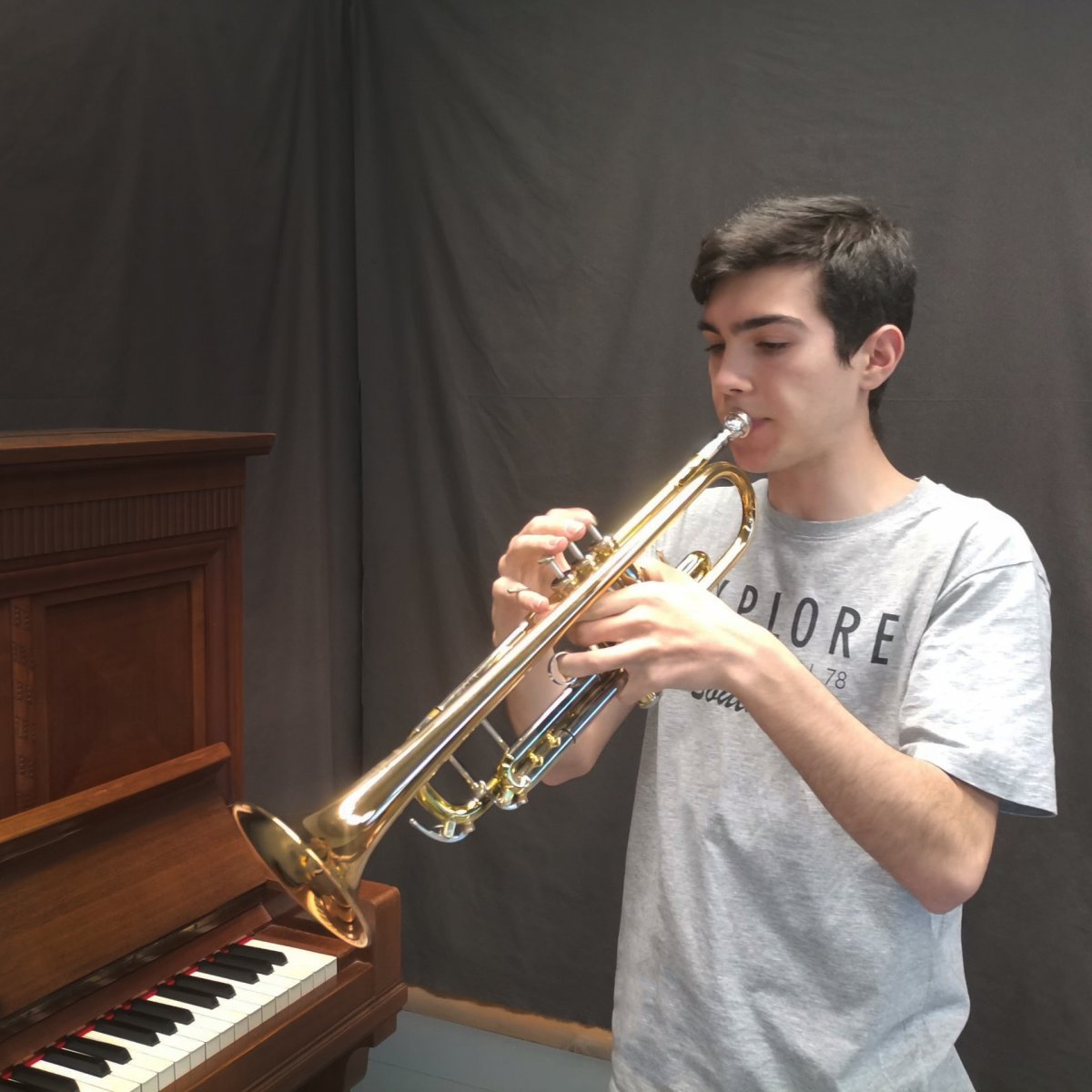 Tiago Batista Melo was born on the 10th March 2005, in Chaves, Portugal. He started his musical studies in 2013 in Banda Musical “Os Pardais” with trumpet and theory classes. In 2014, he started attending Academia de Artes de Chaves, on Humberto Vitorino’s class, concluding the Basic Course. In 2020 he joined the Curso Profissional de Instrumentista also at the Academia de Artes de Chaves. He is currently attending the first year of the course. Since 2016 he is a member of “Banda Musical da Torre de Ervededo” and “Orquestra de Sopros da Academia de Artes de Chaves” in which he got several international awards, outstanding the first prize “honor mention” in the 30th “Certámen Internacional de Bandas Villa de Altea” conducted by Luciano Pereira.His participation as a soloist is remarkable in several competitions in Portugal, getting the 1st prize in “Prémio Solista” – Interpretation Competition of Academia de Artes de Chaves, C Category, in 2018 and also the 1st prize in level 2 Solo Category in the “Trumpet Competition in Póvoa do Varzim” in 2020. 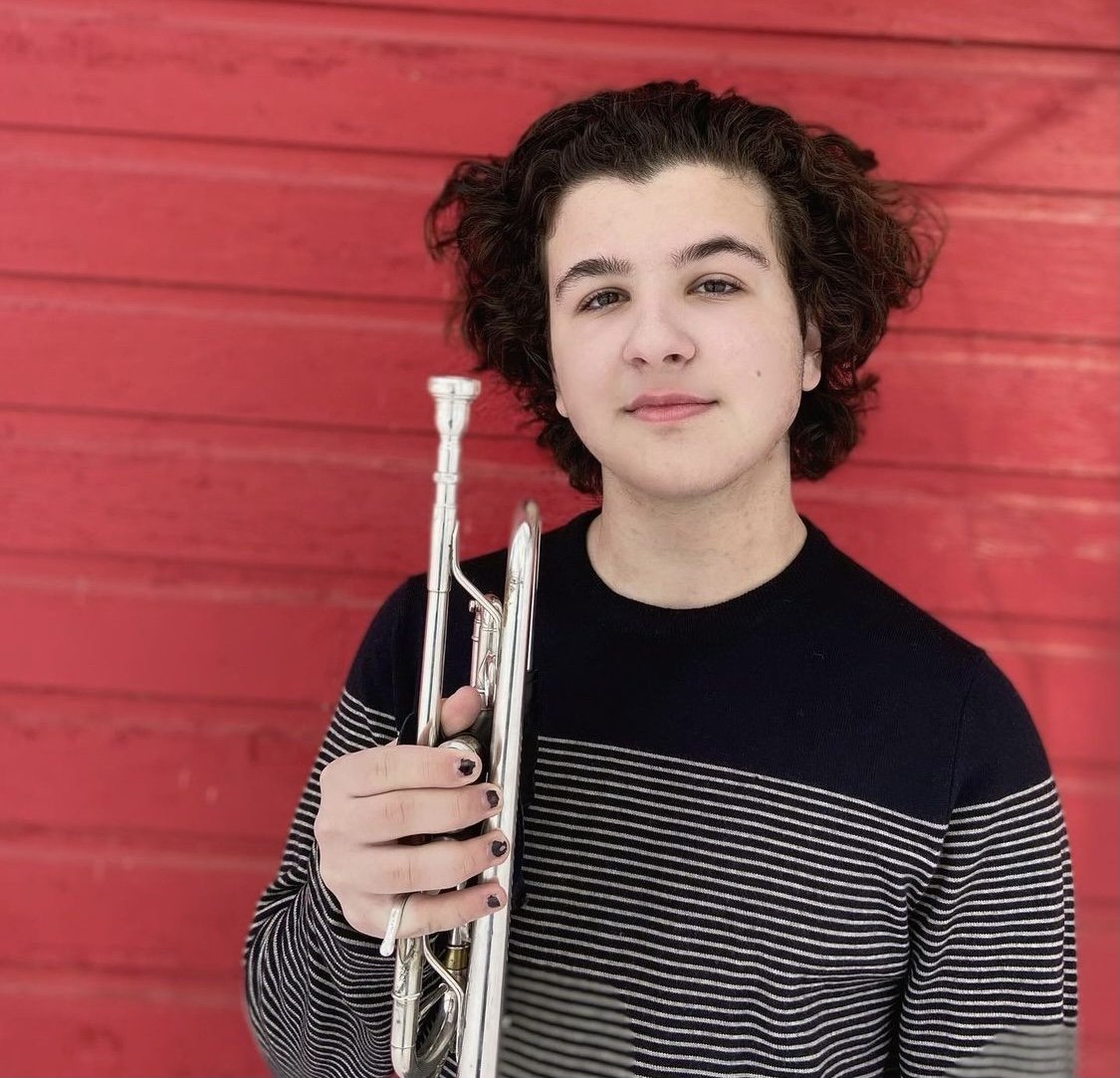 Dasara Beta is a 16 year old trumpet player from Cleveland, OH, USA. He participates in many honors ensembles such as the Carnegie Hall National Youth Orchestra of the United States of America, the National Association for Music Education All-National Honor Orchestra, and the Cleveland Orchestra Youth Orchestra. He currently studies under Richard Pokrywka and plans to audition for conservatories as a performance major in the near future. Dasara has previously competed in solo competitions, such as the National Trumpet Competition in 2019 in which he was a junior division semi-finalist. In his free time, Dasara enjoys listening to music, going on walks, and playing the guitar. 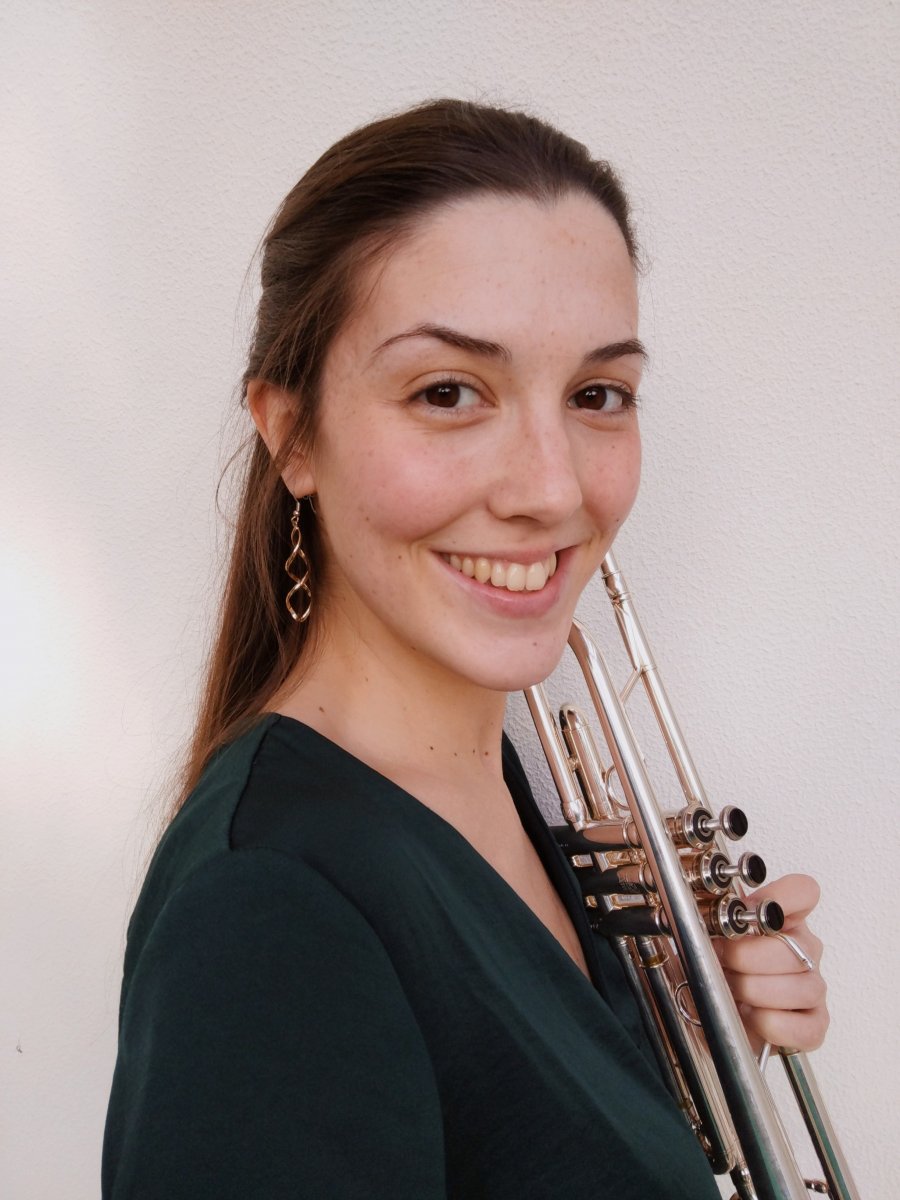 Renata Cardoso is a native of Coimbra, Portugal. She began her musical studies locally, first with Professor Adriano Franco and afterwards with Professor Jaime Barbosa. Currently, Renata is pursuing her bachelor’s degree at the Escola Superior de Música in Lisbon, Portugal studying with professors Dr. David Burt, Stephen Mason, and Hugo Assunção. While a student, Renata has participated in masterclasses with Gabor Tarkövi, Frits Damrow, Pacho Flores, Clement Saunier, John Miller, John Wallace, and Guido Segers. Renata has won positions with the Youth Orchestra of the OJ.COM and principal trumpet with the Gulbenkian Orchestral Summer Institute. Renata has performed with the Gulbenkian Orchestra, the Cascais and Oeiras Chamber Orchestra, and she is a current member of the Lusitanus Ensemble. Renata has been a featured soloist and has recorded with the Lusitanus Ensemb 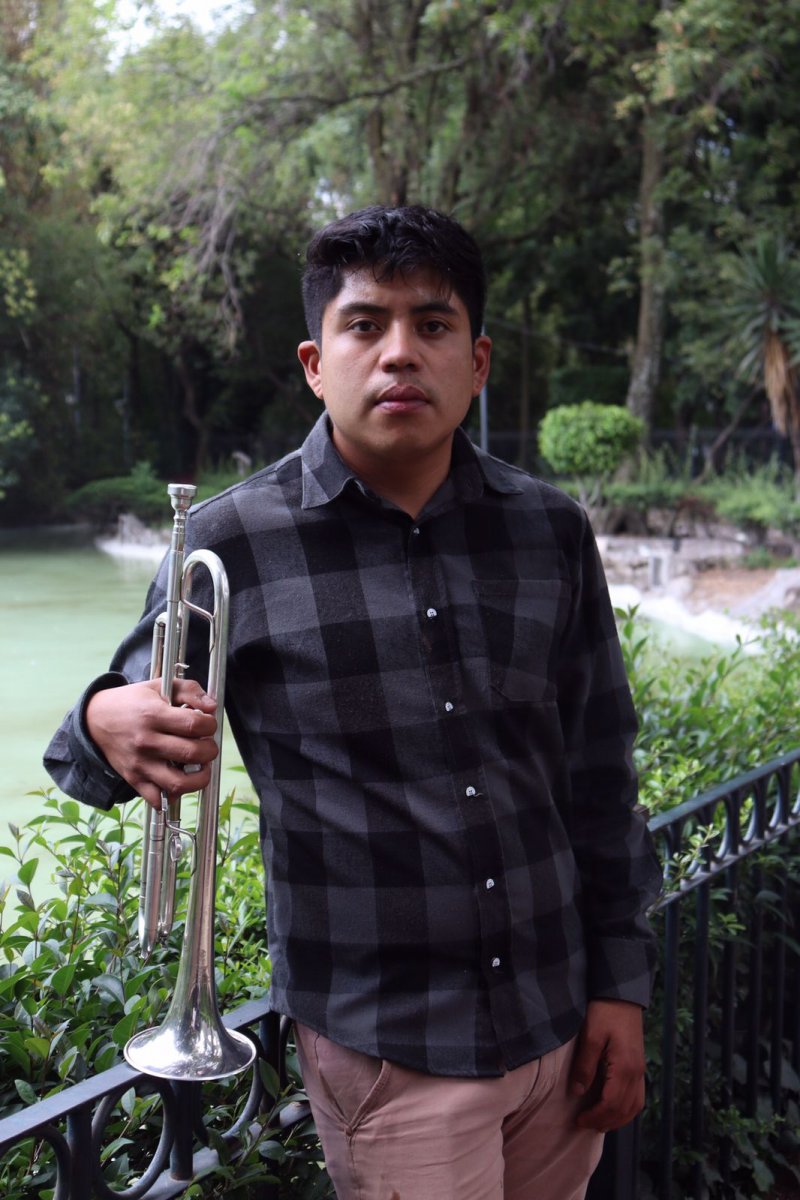 At the age of 8 Carlos Enrique began his musical studies with his father Leonel Vidal Santos (principal trombonist of the Symphony Orchestra of the State of Hidalgo) and started playing the French horn. After playing horn for 2 years, he decided to change to the baritone horn. When15 years old, he decided to change to his current instrument, the trumpet and became a student of Alberto Sánchez Cárdenas (principal trumpet player of the Symphony Orchestra of the State of Hidalgo). At 16 he played as a soloist with his father's symphonic band (BANDA HERMANOS VIDAL BAND) at the Texcoco Festival and Contest and won second place. He took lessons with Alex Freund (Germany), Otto Sauter (Germany), Héctor Tomas (Mexico), Giuliano Somerhalder (Switzerland), among others. When he was 18, he was a finalist in the international competition "Hermanos de la Trompeta" in Michoacan. At 19 he competed in the band contest in Huixcolotla, Puebla, where he won second place as a soloist. That same year he was accepted at the Instituto Superior de Musica of the State of Veracruz (ISMEV) where he studies with Jeff Smith (principal trumpet of the Xalapa Symphony Orchestra). At the age of 20 he was invited to join the brass ensemble of the Symphony Orchestra of the Autonomous University of the state of Hidalgo, with the same orchestra he has also performed symphonic concerts. Carlos is a member of the Youth Symphony Orchestra of the ISMEV. In 2020 he was one of the semifinalists in the Latin American competition Colombia in Orchestral Repertoir. In 2021 he is a member of the Sinfonieta Morelia. In 2021 he won second place in the International Contest Hermanos de la Trompeta Trumpet in Jiquilpan Michoacán. 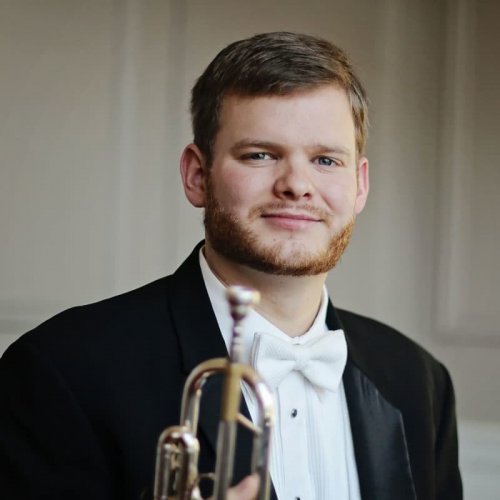 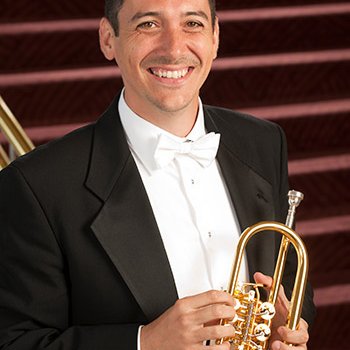 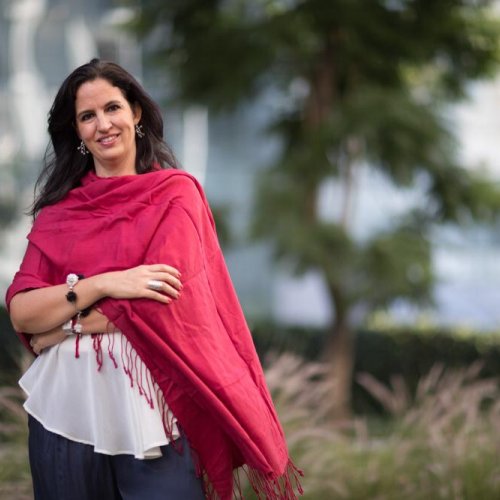 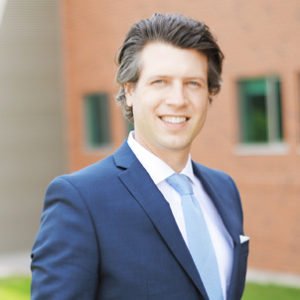 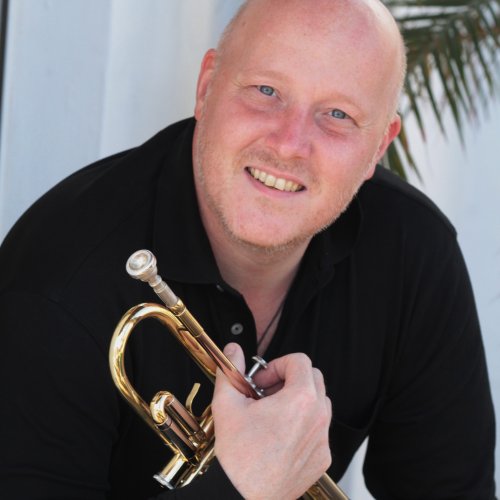 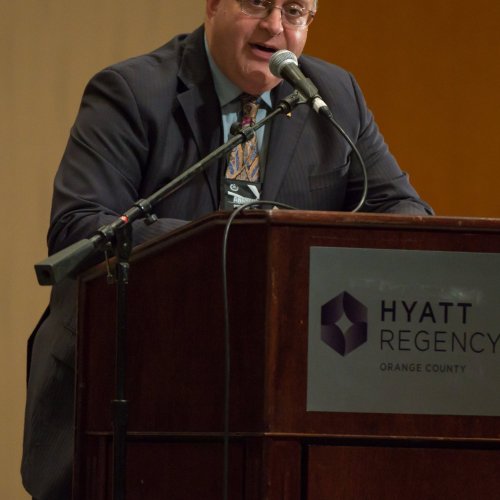 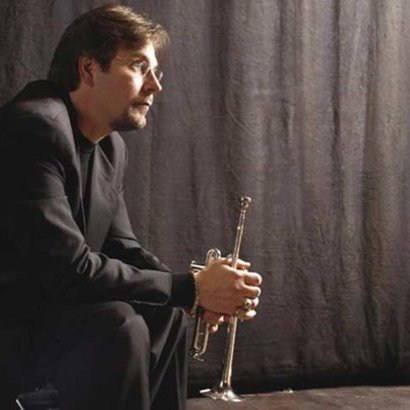