Check out the upcoming events where you can meet and share experiences with Russ DeVuyst, and many other artists.

Russell DeVuyst has been the Associate Principal trumpet with the Montreal Symphony Orchestra since 1992 and retired his position after 24 years in 2016.  Russell began his musical studies at the age of 10 with his father Roger Devuyst. A native of Woonsocket Rhode Island, he has performed in a variety of bands, combos and ensembles of ethnic, popular and classical origins at an early age.  He attended the Boston Conservatory where he received a Bachelor of Music Education degree and continued his studies at the New England Conservatory of Music earning a Masters of Music degree with a Distinction in Performance. He has studied the trumpet with a variety of performers and teachers, namely, Roger Voisin, André Come, Gerald Goguen and Charles Schlueter, of the Boston Symphony Orchestra; William Vacchiano and Mel Broiles of the New York Philharmonic and MET Opera Orchestras; Vincent Cichowicz, Arnold Jacobs and William Babcock of the Chicago Symphony, among others.

Russell is Associate Professor of Trumpet at the Schullich School of Music at McGill University  in Montreal, Quebec, Canada. 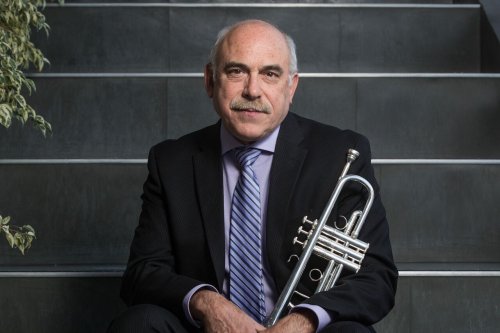