Check out the upcoming events where you can meet and share experiences with Isabelle Arseneau-Bruneau, and many other artists.

Isabelle Arseneau-Bruneau is both a classically-trained trumpet player and a researcher in Cognitive Neuroscience at the Montreal Neurological Institute – McGill University. As part of her PhD in Neuroscience, under the supervision of Robert Zatorre, she investigates the neuroplasticity mechanisms induced by musical training. Her current research aims to understand the neural enhancements observed in musicians with a multimodal approach that combines multiple neuroimaging methods (fMRI, EEG, MEG, TMS). Isabelle came to neuroscience after her Master’s in Music & Human Learning (2017) at the University of Texas at Austin, where she studied the effect of attentional focus on trumpet performance and learning. At this institution, she also worked as a Research Assistant for Prof. Bharath Chandrasekaran’s SoundBrain Lab.

Isabelle first studied music at the Conservatoire de musique et d’art dramatique du Québec with Yves Lussier and pursued graduate studies at The Glenn Gould School of the Royal Conservatory of Music of Toronto with Andrew McCandless. As well, she completed a Master’s degree in Performance with Trent Sanheim and a B.A. in Music Education at Laval University (2015). 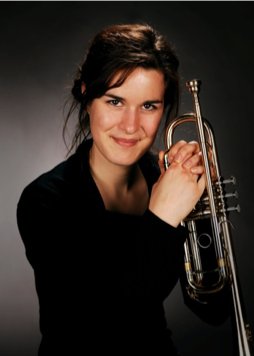