Check out the upcoming events where you can meet and share experiences with Huw Morgan, and many other artists.

Winner of the Prague Spring, Ellsworth Smith, Girolamo Fantini, Only Brass and Lieksa international trumpet competitions, Huw Morgan is principal trumpet of the Sinfonieorchester Basel in Switzerland, a founder member of the acclaimed brass ensemble Septura, and assistant lecturer at the Musikhochschule Luzern.

Featured on over thirty commercially available recordings (EMI, Decca, Chandos), Huw can be heard as the solo trumpeter on the soundtrack to the BAFTA-nominated film, Me and Orson Welles. Last year he began recording a ground-breaking series of discs for Naxos Records entitled The Art of the Modern Trumpet; volume one will be released in July 2019, volume two in 2020.

Alongside his solo activities, Huw appears regularly as guest principal with many leading ensembles, including the London Symphony Orchestra, NDR Elbphilharmonie Orchester, Academy of St Martin-in-the-Fields, and Nash Ensemble. A frequent guest professor both at London’s Royal Academy of Music and the Hochschule für Musik in Basel, he is often invited to present masterclasses throughout Europe, America, and Asia.

Huw Morgan is a Yamaha Artist. 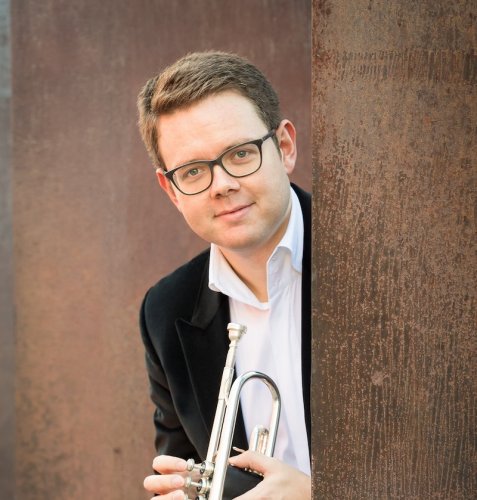